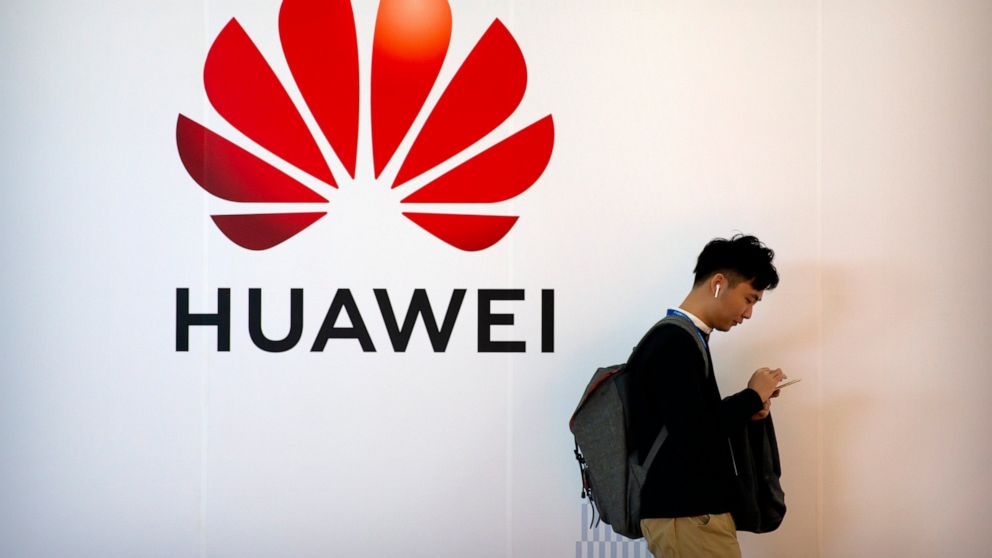 The new indictment also alleges the company provided surveillance equipment to Iran that enabled the monitoring of protesters during 2009 anti-government demonstrations in Tehran, and that it sought to conceal business that it was doing in North Korea despite economic sanctions there.

The company disputed the allegations in a statement and called them them “without merit.” China’s foreign ministry accused the U.S. government of “economic ebullying” and improperly using security allegations to “oppress Chinese companies.”

The superseding indictment, brought by federal prosecutors in Brooklyn, adds to the company’s legal woes in the U.S. It adds charges of racketeering conspiracy and conspiracy to steal trade secrets to an existing criminal case in New York, where the company already faces charges of lying to banks about deals that violated economic sanctions against Iran.

Federal prosecutors in Seattle have brought a separate trade secrets theft case against the company. Meng Wanzhou, a senior Huawei executive and the daughter of the company’s founder, is accused of making false representations to banks about Huawei’s relationship with its Iran-based affiliate. She was arrested in Vancouver, British Columbia, and has yet to be extradited to the U.S.

The latest indictment, an update of a case first filed last year, accuses Huawei of plotting to steal the trade secrets and intellectual property of rival companies in the U.S.

In some instances, prosecutors said, Huawei recruited employees of competitors to steal intellectual property. The company also provided incentives to its own employees by offering bonuses to those who brought in the most valuable stolen information, and it used proxies, including professors at research institutions, in the pursuit of inside information, prosecutors said.

The stolen information included antenna and robot testing technology as well as user manuals for internet routers. One goal of the theft, the Justice Department said, was to allow Huawei to save on research and development costs.

The indictment details efforts to steal from a half dozen companies.

In one May 2013 episode, according to the indictment, a Huawei engineer removed a robot arm from the laboratory of a rival company based in Washington state, stashing the item in a laptop bag. The engineer emailed photographs and measurements of the arm to others at Huawei before the arm was returned to the company, which had discovered the theft.

At a 2004 trade show in Chicago, a Huawei employee was found in the middle of the night in the booth of a technology company, “removing the cover from a networking device and taking photographs of the circuitry inside,” prosecutors said. The employee wore a badge that listed his employer as “Weihua,” or Huawei spelled with its syllables reversed.

The indictment also lays out steps that the company to conceal its business dealings with Iran and North Korea, including by referring to both countries in internal documents by their code names.

In a statement, Huawei called the new indictment “part of the Justice Department’s attempt to irrevocably damage Huawei’s reputation and its business for reasons related to competition rather than law enforcement.”

“These new charges are without merit and are based largely on recycled civil disputes from last 20 years that have been previously settled, litigated and in some cases, rejected by federal judges and juries,” it said. “The government will not prevail on its charges, which we will prove to be both unfounded and unfair.”

“The United States has misused its national power to oppress Chinese companies with no proof of any wrongdoing,” said the spokesman, Geng Shuang. He spoke in a regular news briefing that was conducted over social media as part of government efforts to contain a virus outbreak by avoiding public gatherings.

“Such practice is disgraceful and immoral, and it is beneath the status of the United States as a major country,” Geng said. “Such economic bullying practice is a blatant denial of the market principle, for which the U.S. has been a self-proclaimed champion.”

Trump administration officials, including Cabinet secretaries, have recently leveled national security allegations against Huawei in an effort to encourage European nations to ban the gear from next-generation cellular networks.

Secretary of State Mike Pompeo and Defense Secretary Mark Esper made the pitch to Western allies during a trip to Munich this week. Attorney General William Barr, in a speech last week, lamented what he said was China’s aspiration for economic dominance and proposed that the U.S. invest in Western competitors of Huawei.

The administration’s national security adviser, Robert O’Brien, asserted this week that Huawei can secretly tap into communications through the networking equipment it sells globally. The company disputes that, saying it “has never and will never covertly access telecom networks, nor do we have the capability to do so.”

Utility to pay $53M for blasts that damaged homes, killed 1

Kickstarter Employees Vote to Unionize in a Big Step for Tech

Sen. Graham Pledges to Investigate Origins of Trump-Russia Probe, Use of...

The Democratic debate in Las Vegas got more viewers than these...

How to check out of an Airbnb rental at the end...

Astros players are already getting hit by pitches repeatedly in spring...

AI IN BANKING: Artificial intelligence could be a near $450 billion...