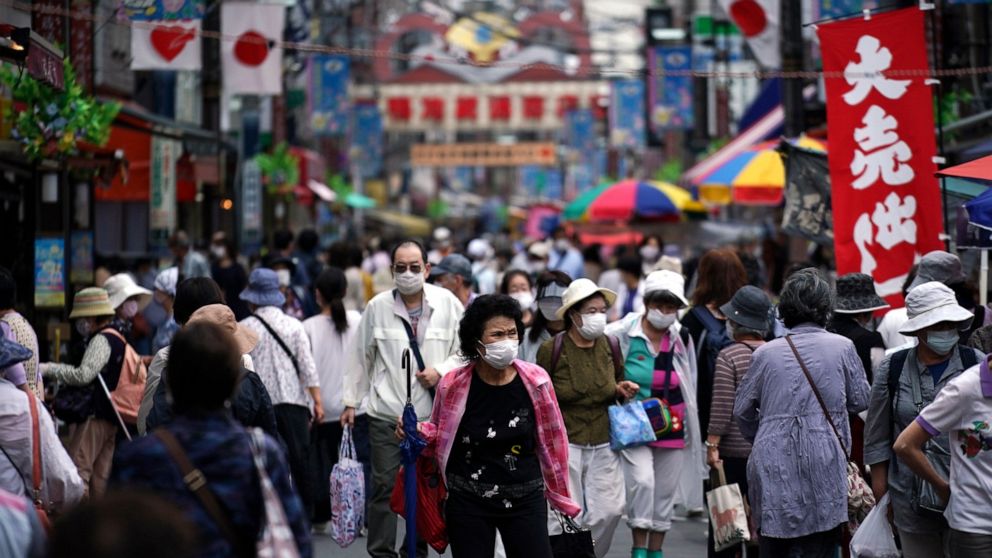 TOKYO — Japanese manufacturers’ sentiments have plunged to the lowest level in more than a decade, a quarterly Bank of Japan survey showed Wednesday as the coronavirus pandemic crushes exports and tourism, the mainstays of the nation’s economy.

The headline measure for the “tankan,” tracking sentiment among large manufacturers, fell to minus 34 for April-June, the lowest since 2009, from minus 8 the previous quarter.

The tankan measures corporate sentiment by subtracting the number of companies saying business conditions are negative from those responding they are positive.

That measure has declined for six quarters straight.

Sentiment among large nonmanufacturers fell to minus 17 from plus 8.

Japan was already fighting stagnation before the pandemic began. Tourism has plunged after dramatic increases in recent years, mostly from China and South Korea. Japan has banned travel from more than 100 nations to curb the spread of COVID-19.

Exports have dropped in products such as cars and machinery as overseas consumers hold back on buying. Analysts say recovery will take longer for Japan than for the U.S. or Europe because the world’s third-largest economy depends heavily on exports.

Giant exporters like Toyota Motor Corp. have reported sharp profit falls and aren’t giving fiscal projections because of uncertainty about damage from the outbreak.

The Bank of Japan was providing ample cash in the system to prop up the economy even before the coronavirus hit. The Japanese government, like others around the world, have recently doled out cash handouts to individuals and aid to businesses.

“Growth has stalled” …. surge in US infections hits Delta

California and Florida are both rolling back the opening of their economies as they struggle with COVID-19. But public health experts say the two...

I went camping on the beach in Texas during the pandemic....

The temporary restraining order against Mary Trump is lifted, allowing her...

“Growth has stalled” …. surge in US infections hits Delta

Mike Pence delayed a campaign event in Arizona after at least...