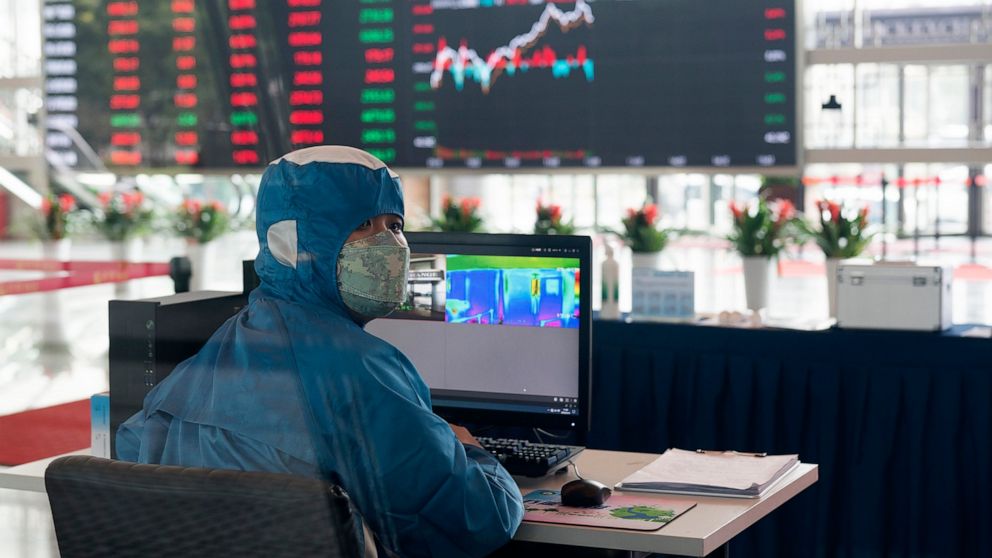 TOKYO — Global shares mostly rose Friday despite continuing concerns about the virus outbreak that began in China and its possible impact on global growth.

Investors had largely set aside worries about the economic impact of the virus outbreak for the past two weeks. Markets rallied this week partly when the number of new cases appeared to be slowing.

But those hopes were dashed by sharp increases in the number of cases and newly reported deaths after China changed its method of counting them.

Japan, which has reported its first death linked to the virus, now has more than 250 confirmed cases, almost all on a cruise ship docked and quarantined in Yokohama.

The reclassification of the COVID-19 cases in Hubei brought a huge increase in the global tally, complicating efforts to understand the trajectory of the outbreak.

But Stephen Innes, the chief market strategist at AxiCorp, said he believes the economic impact from the virus outbreak would likely be limited and the disease might be contained by March.

“The market impact was little more than a pause in the general bullish upward trend rather than risk-off,” he said, referring to the reaction to the higher case numbers.

Businesses have already been hurting due to the outbreak and more of them are warning that the effects will linger through the year.

Organizers of the world’s biggest mobile technology fair cancelled the event, set to take place in Spain, because of health and safety concerns. Europe has had a scattered number of cases, mostly connected to Chinese travel.

The CP+, or Camera and Photo Imaging Show, set to be held later this month and early March, in Yokohama, was also canceled.

Benchmark crude oil rose 11 cents to $51.53 a barrel in electronic trading on the New York Mercantile Exchange. It rose 25 cents to settle at $51.42 a barrel on Thursday. Brent crude oil, the international standard, was 9 cents higher at $56.43 a barrel.

Utility to pay $53M for blasts that damaged homes, killed 1

How to check out of an Airbnb rental at the end...

Astros players are already getting hit by pitches repeatedly in spring...