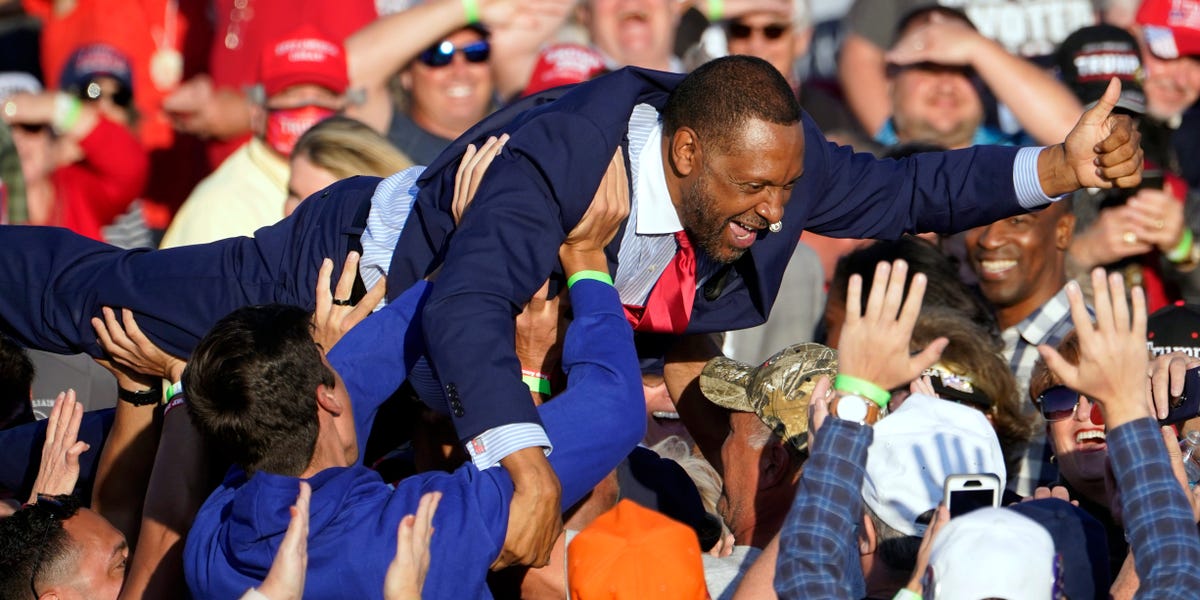 Amid the ongoing coronavirus pandemic, such close interactions are against government-issued social distancing guidelines, but Jones, a longtime Democratic lawmaker and top Black surrogate for Trump, appeared to relish the opportunity to show his support for the president at the Middle Georgia Regional Airport in Macon.

Among the crowd, who hoisted and moved him along, health concerns appeared to be the least of their worries as they awaited the arrival of a president who is split in voter polls with Democratic presidential nominee Joe Biden in the traditionally Republican-leaning Southern state.

Photos of Jones in the crowd sparked backlash online, with many pointing to the rise of coronavirus cases across the country over the past few weeks, but he was defiant in his political expression on Twitter.

“To the haters – stay mad,” he tweeted. “You’ll be even more mad come November 3rd!”

Jones, who currently represents a suburban Atlanta district but chose not to run for reelection this year, was also a featured speaker at the 2020 Republican National Convention, where he spoke passionately about his position as a Black Trump supporter.

“When I made the public announcement of my support for President Trump, all hell broke loose,” he said. “I was threatened, called an embarrassment, and asked to resign by my own party. Unfortunately, that’s consistent with the Democratic party and how they view independent thinking black men and women. But, I’m here to tell you that black voices are becoming more woke and louder than ever.”

Amid pandemic, Americans overseas worry about making sure their vote counts